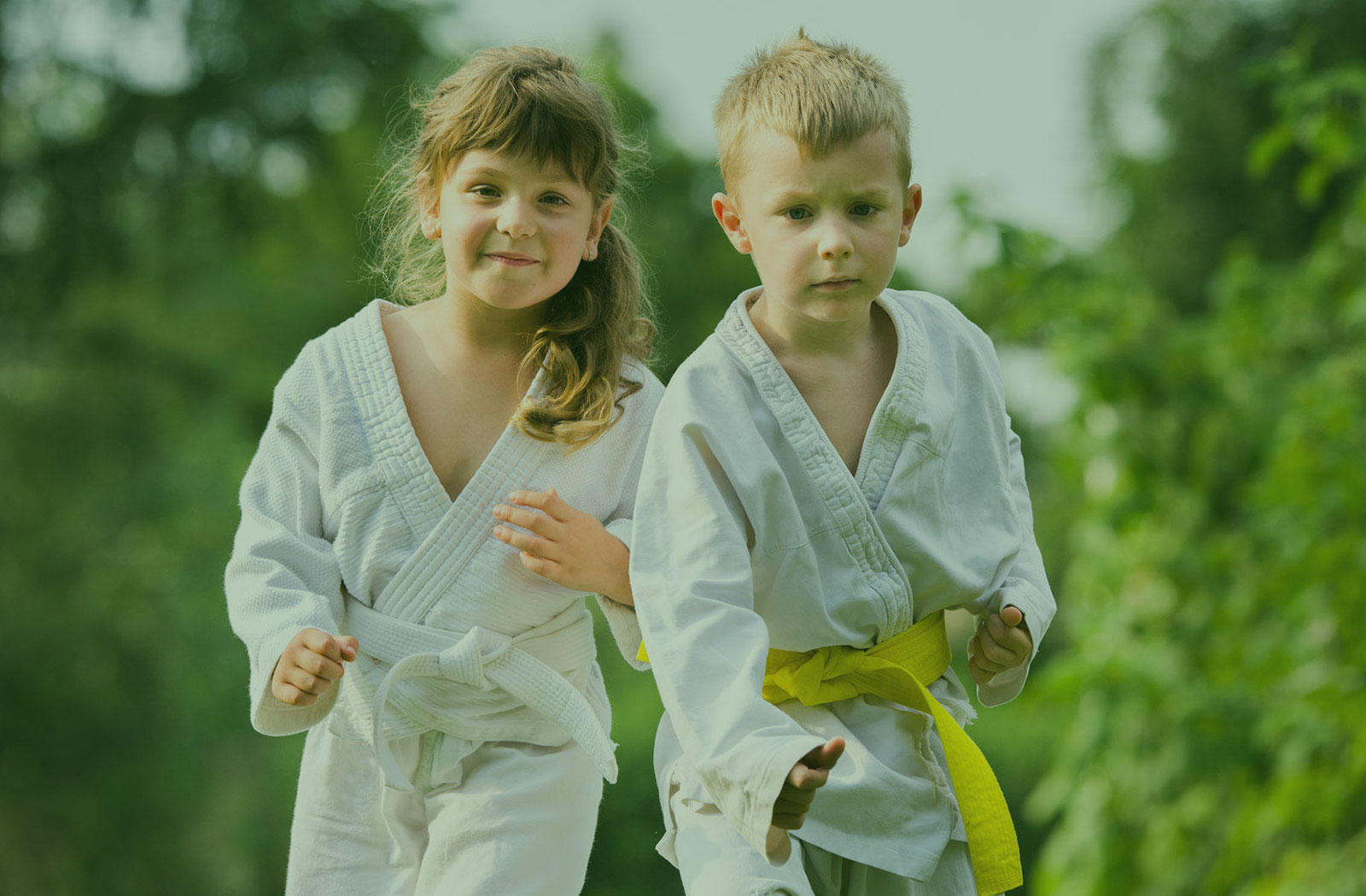 Fun and fitness for the whole family

For all ages – beginner friendly 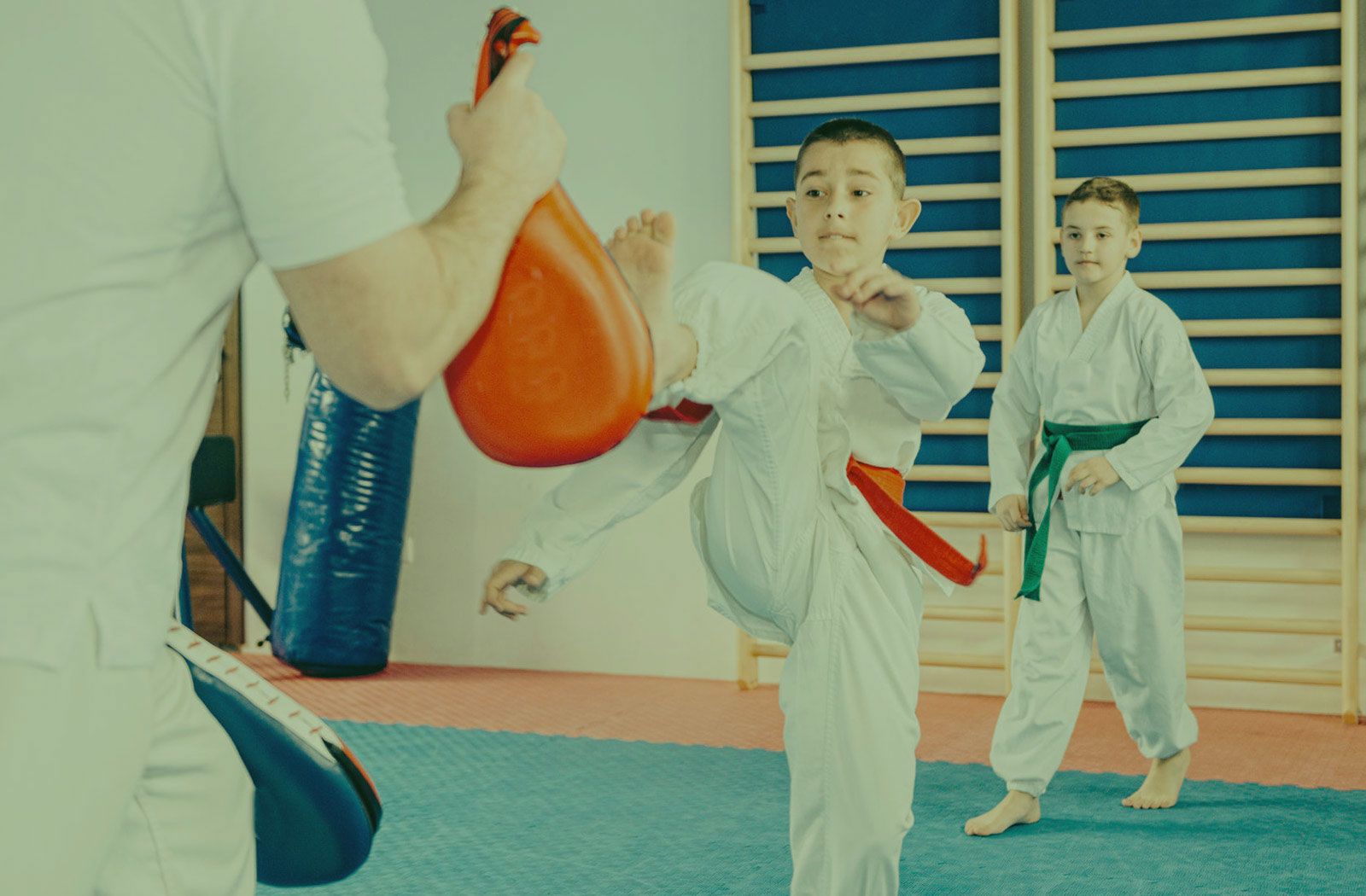 Ready to begin your journey?

We have programs for adults and children of all ages

Taekwondo is a powerful form of martial arts, an effective style of self defence, and an Olympic sport. Students build self-confidence and self-esteem, learn respect and discipline, and improve focus, concentration, coordination, strength, and flexibility. All children (green belts and higher, ages 9 years and up) in the Taekwondo program also have complimentary enrolment in Brazilian Jiu-Jitsu classes. See our program fees and schedules.

This program is a beginner class and is very helpful in increasing concentration, motor skills, listening skills, and social skills in a fun and safe environment. See our program fees and schedules. We’re currently accepting enrollment. Please contact us for more information.

Brazilian Jiu-Jitsu is a martial art, combat sport, and a self defence system that focuses on grappling and ground fighting. It is a complete and effective form of self defence taught in a safe and respectful environment. All children (green belts and higher, ages 9 years and up) in the Taekwondo program have complimentary enrolment in our Brazilian Jiu-Jitsu classes. See our program fees and schedules.

Regardless of age, gender,  shape, or fitness level, this class is designed to suit. With basic striking drills (no contact) and strength building exercises, this class provides a whole body workout. Work hard or go at your own pace. We focus on strength training and endurance in a fun, non-intimidating environment. See our program fees and schedules.

This program combines our Fitness Kickboxing program and our Yoga program for one complete, balanced fitness regimen. All classes are beginner friendly and you can sign up anytime. See our program fees and schedules.

Our Yoga program is suited for tired and tight bodies. Our instructor guides students through the poses in the Hatha yoga flow style, with lots of stretching and breathing to reinvigorate and revitalize the body. This program is for all body types and fitness levels as the instructor offers variations of the poses for different capabilities. See our program fees and schedules.

The Squamish Taekwondo Academy is the premier facility in Squamish for martial arts and fitness training. For over 20 years now, we have been dedicated to bringing fitness and wellness to the whole family. Our programs are designed for people of all ages and levels.

our students in action 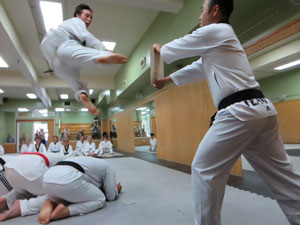 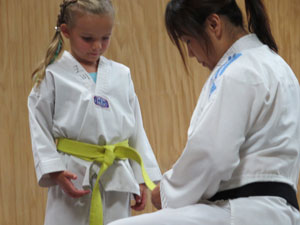 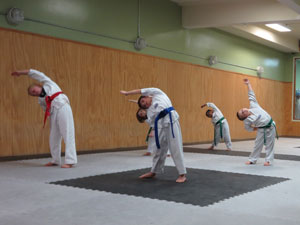 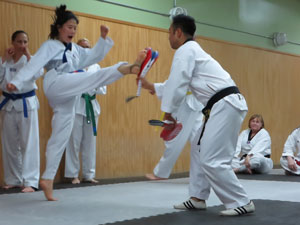 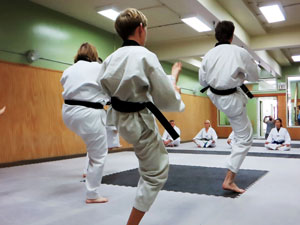 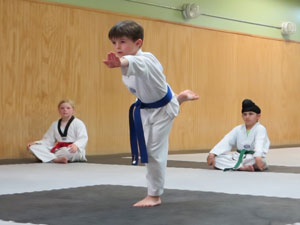 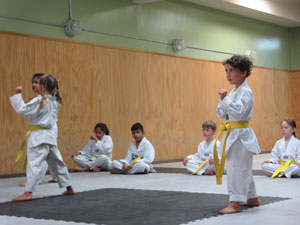 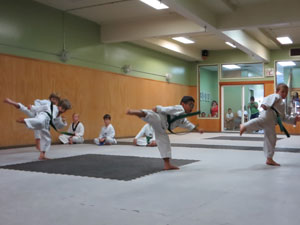 Master Strachan also has a passion for practicing and teaching Brazilian Jiu-jitsu. He studied under the direction of Master Marcus Soares in 1994. He now has more than 20 years experience and currently holds a brown belt.

Master Park was first exposed to Taekwondo while attending elementary school in Korea.

As an adult, she continued to train in Taekwondo and began studying Brazilian Jiu-Jitsu under Master Marcus Soares in 1994.

Mr. Lee started training Tae Kwon Do in Korea as a young teenager. Being a shy boy growing up, he learnt quickly that martial arts gave him self esteem. His training gave him enough confidence to travel to India to do volunteer work as well as enlist into the Korean army at the age of 19. During time in the military, Mr. Lee achieved the rank of 2nd degree black belt.

After successfully completing his 2 year service, Mr. Lee relocated to Canada to continue his Tae Kwon Do and Brazilian Jiu jitsu training under the guidance of Master Strachan and Master Park. He currently holds a 3rd Dan black belt. Mr Lee is passionate about teaching martial arts as training gives kids tools to be confident and respectful.

What our students say

My children have been studying Taekwondo for almost 6 years with Maam and Sir and they are not only stronger in body, but also in mind. They understand the value of hard work, fair play, self control and best of all they love having fun playing games and doing Taekwondo training drill with friends.

My son Calvin's self esteem has grown under the guidance of Maam and Sir. A very positive place to be!

I was visiting a friend in Squamish and wanted to take a yoga class. I got so lucky when I found your beautiful studio. Michelle's class couldn't be better. Her clear and calm instruction guided me through an amazing physically and mentally rewarding yoga session. I left feeling both energized and relaxed. I wish I lived closer as I would be a regular at your studio.

The Squamish Martial Arts Center has provided a safe, fun, and competitive environment for the majority of my family who trains there. My wife participates in the kickboxing classes, my son takes the Little Tigers class for 3-5 yr olds and I have taken the MMA and Brazilian Jui-jitsu classes. Scott and Michelle are world class instructors and I am impressed with their dedication and professionalism in running the Martial Arts center.

Both my children have been in under Maam and Sir's instruction since they were 4 years old. Tae Kwon Do has helped them develop self-confidence as well as self-control that have enhanced their daily life. Inspired by my children who have been involved in Tae Kwon Do since preschool, last year I decided to start as well. At 40 years old I am developing my own confidence, self-control and fitness. Thank you!

Start a new chapter in your life today! We offer introductory specials and a welcoming, safe, and friendly environment. Everyone is welcome.

Give us a call, send us an email, or just drop on by. We would love to hear from you!